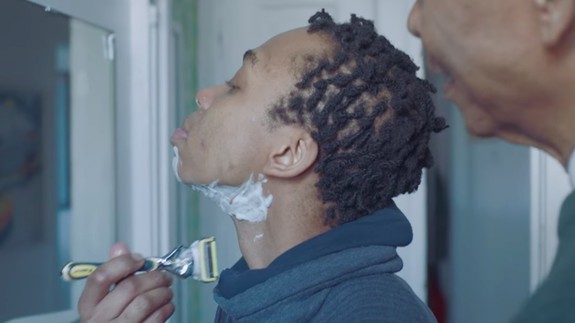 It’s about to be Pride season, the time of year when brands cash in on “diversity” and emblazon a bunch of crap with the rainbow flag.

Every once in a while, however, a brand does something that actually moves the LGBTQ community forward. Take the latest ad from Gillette, which was posted on Thursday and which features a young trans teen from Canada by the name of Samson Bonkeabantu Brown, shaving for the first time.

Try to watch this without tearing up.

SEE ALSO: Women and girls will feel so seen by new guidelines for their mental health

The ad is effective not only because of its writing, which ignores clichés, but because the producers actually cast a trans person to play a trans role. Here’s how Brown described the experience in a public Facebook post. Read more…