Historic Amazon unionization effort seems to have failed in Alabama 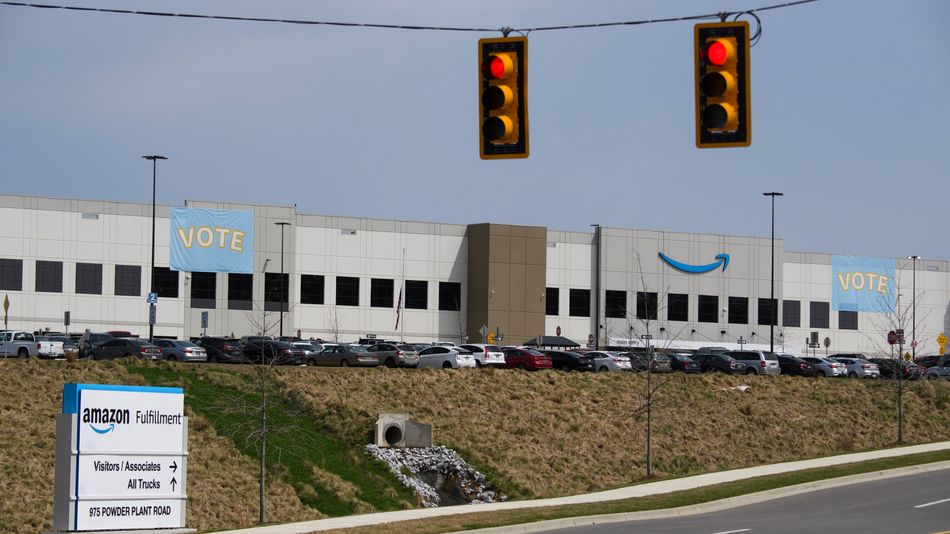 While the vote is ongoing, Amazon has gained the number of “no” votes needed to defeat the unionization effort at its fulfillment center in Bessemer, Alabama. Workers were voting on whether to unionize as part of the Retail, Wholesale and Department Store Union (RWDSU).

At the time of writing, 1,769 workers had voted against unionization, while 726 voted for it, according to the New York Times. Amazon had to get 1,608 “no” votes to pass the 50 percent mark needed to defeat the unionization effort.

The vote is the culmination of a high profile and intense, months-long campaign. Amazon hired a law firm with a reputation for union busting, employing tactics including long anti-union employee meetings, bathrooms blanketed with anti-union signs, and intimating to pro-union workers that it was watching them.  Read more…