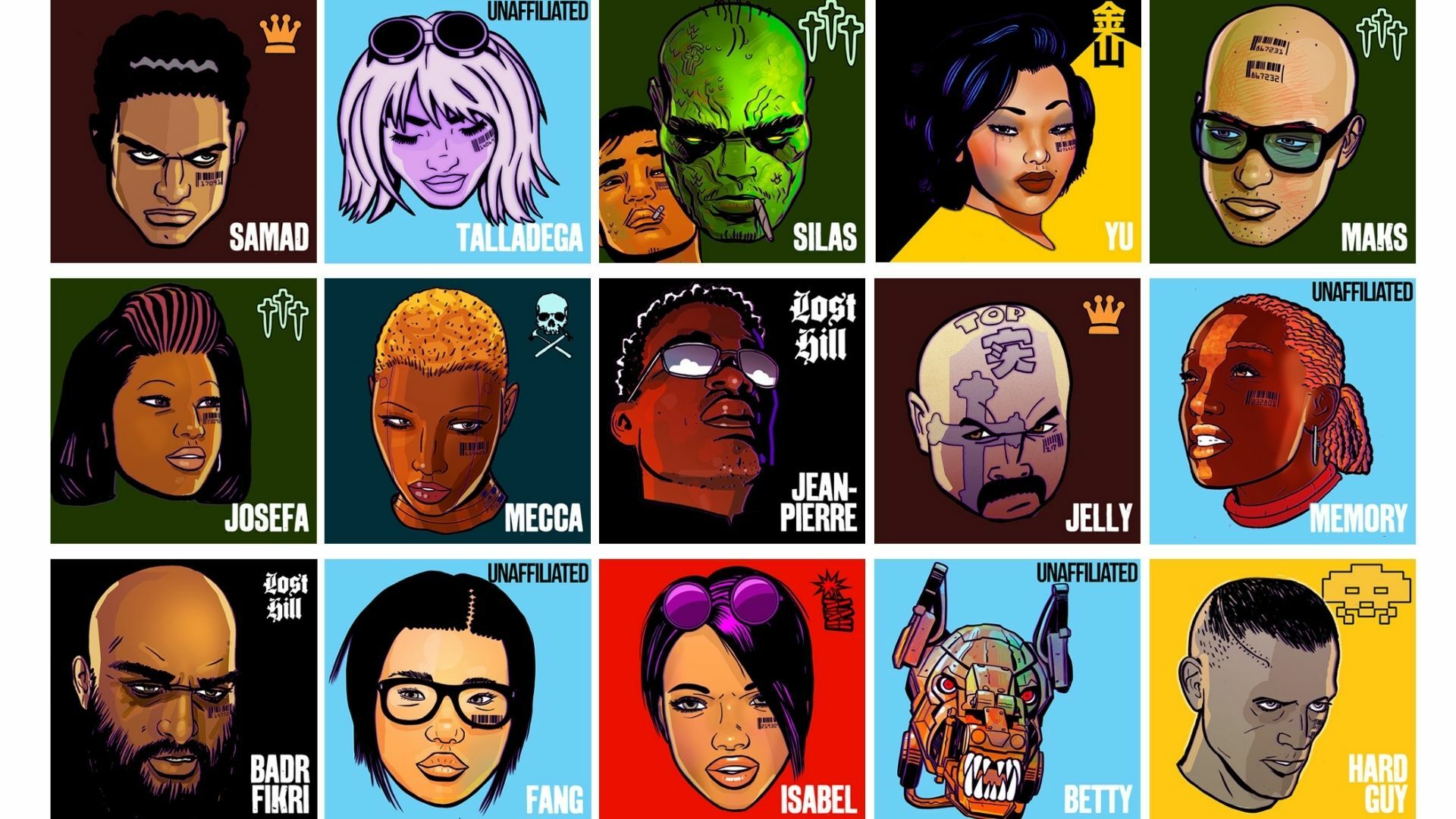 Erika Alexander was once told that science fiction isn’t for Black people.

This exchange took place in a meeting with a major Hollywood studio president, where Alexander — an actor known for the likes of Get Out and Wu-Tang: An American Saga — along with ex-husband and collaborator Tony Puryear, was pitching a science-fiction series starring Black actors. The response by the white studio executive startled and angered her.

“[He said] Black people didn’t like science fiction because they didn’t see themselves in the future,” Alexander tells Mashable.

The evidence against that theory is vast. Black voices have soared through the spaces of science fiction and futurism for decades — just look at afrofuturism as a prominent cultural movement in itself. Black sci-fi writers like Octavia E. Butler, N. K. Jemisin, Nnedi Okorafor, Justina Ireland, and Troy L Wiggins to name a few have long penned evocative tales in the genre across novels and comics, championing sci-fi despite some experiencing racism in the industry, as Alexander did.

Representation and perception matter, and mainstream science fiction is rooted in Eurocentric tropes and myths. Sci-fi writing has a long way to go to address its tangible lack of diversity and inclusion. In 2016, a study found that less than two percent of published speculative and science fiction stories were written by Black authors.

But fantasy, magic, and speculative storytelling can be reclaimed and reenvisioned.

“The fact that he didn’t understand that science fiction or the idea of science fiction, or futurism, was something that was uniquely built into the DNA of African Americans because their past had been taken away from them, was absurd,” says Alexander. “They had no name. We have no name. We have the name of our oppressors and our kidnappers. We definitely have everything around us recreated in of the form of what could happen in future because the present was so painful.”

Alexander and Puryear were fueled not only by the bigotry they experienced, but by those Black writers who have paved the way in science fiction, moving to release their own passion project: the sci-fi graphic novel series, Concrete Park. 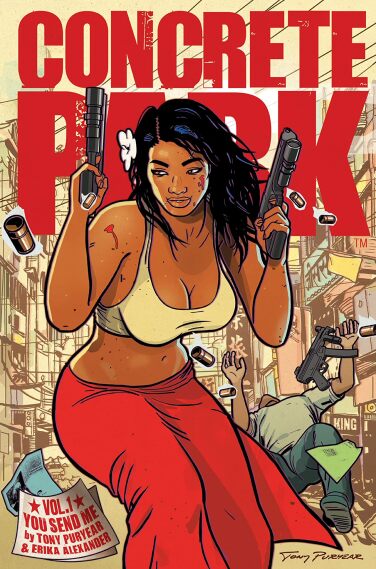 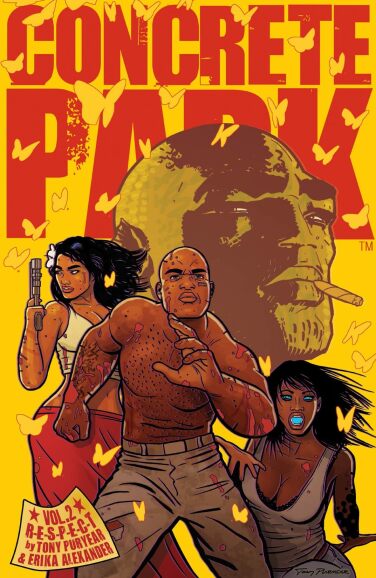 Launched in 2014, the comic series’ story is one of exile, struggle, and perseverance. Published by Dark Horse Comics, the superpower behind Sin City, Concrete Park follows a young outcast from Earth who finds himself on a far-off desert planet plagued by violence. Themes of darkness and light, good and evil, and the path to redemption are the backbone of the tale, which has accumulated awards and acclaim.

“We thought we should create a multiracial, non-homogenous, grassroots movement and satisfy the demand for change. That is Concrete Park,” says Alexander. She emphasizes the worlds of science fiction and its facets — comic books, cosplay — are spaces that Black people belong in.

Come 2021, Concrete Park has found new ground. Alexander looked towards the future once again, finding it to be in blockchain. The creators of the graphic novel partnered with Curio, an NFT platform focused on entertainment collaborations. Alexander and Puryear released “Concrete Park Bangers”, a collection of thousands of unique non-fungible tokens that represent the characters (or “Bangers”) from the comics. Ten percent of the profits from the drop will go towards Black Girls Code, a group devoted to teaching Black girls computer programming and coding in order to establish equal representation in the tech sector. 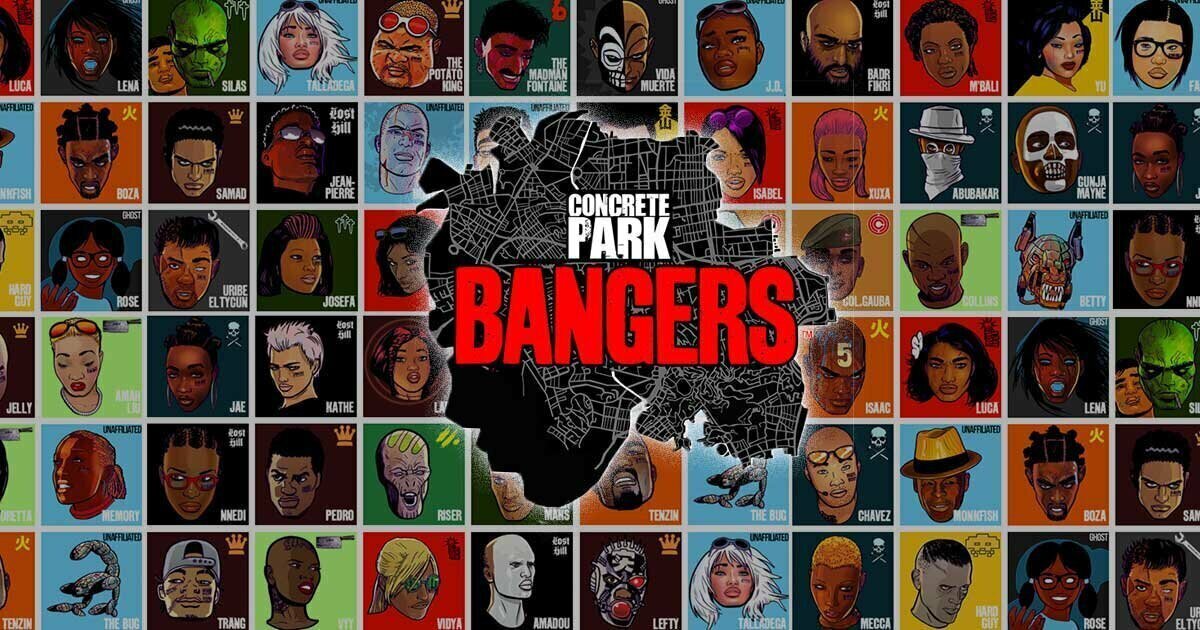 The first drop in the Concrete Park collection, in April of this year, sold out within minutes of its release. “I keep saying the power of the pixel is fascinating,” Alexander laughs. The collection of works in the Curio drop were drawn by Puryear, in his distinctive, provocative, vibrant style. The characters are the “heart and soul” of their series, representing the values of sacrifice and transformation that Concrete Park holds close.

“It’s revolutionary. But ultimately, it comes down for us to art and life and storytelling,” she says. “And [with NFTs], you get to be a person who has a piece of it and say I was there and here’s my piece of it. And it means something and it has value.”

But even within the NFT market, there are issues of diversity and inclusion.

Curio COO Rikin Mantri tells Mashable that collaborating with creators like Alexander and Puryear, ones that carve space for diverse voices, aligns with the company’s own ethos. “In the blockchain community, there’s a lot of underrepresentation,” he says. “[That’s why] we want to look at creators and artists who are pushing the edge.”

In the blockchain space, stories of discrimination and inequality have indeed emerged in the past few years. The New York Times unveiled the case of Black workers leaving cryptocurrency startups like Coinbase, explaining that they’d been tokenized, bullied, and faced lack of support within the tech institution. Meanwhile, CryptoPunk NFTs have been flagged for price imbalances within the collection depending on race and gender — CryptoPunks that skew white and male, Bloomberg reports, are selling for far more than their counterparts.

Aside from the environmental concerns and brand bandwagon-jumping apparent in the NFT space, there are some benefits — especially for creators. Though Mantri found that the NFT space began with a sort of “bro culture,” the market could further expand by diversifying its artist base, for one. NFTs has been a golden ticket of sorts to the art world, bringing back contemporary art sales, sprouting entire museums, and revitalising the industry worldwide. When Mantri first heard of NFTs, back in 2017, he said he couldn’t sleep at night. “I was just like, this is gonna change the world,” he says.

In such a booming, lucrative space, inclusivity for marginalized creators must be forged. When asked how this representation can be facilitated, Mantri turns to the example of the Concrete Park collection, and how it evolved from comic book to collectible. “We think to ourselves: let’s create a new environment and use this technology,” he says. “What does it enable, in terms of storytelling? What can we do that’s new and different?”

As for Concrete Park, the creators appear to just be getting started. A television show is in the works, and plenty more NFT drops are on their way, too — the last drop in December was a one-off collaboration with Queen Latifah.

The future is bright.