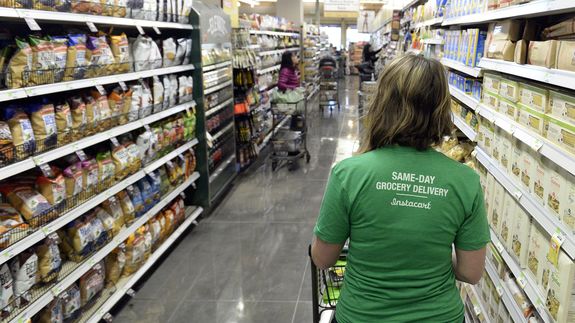 Instacart shoppers are, once again, fed up.

In a scathing open letter directed at the company’s founder and CEO, Apoorva Mehta, a coalition of independent contractors voiced their frustration both with Instacart’s pay policies and its tipping structure. And they’re doing more than just typing: The gig-economy workers are staging a three-day work stoppage to drive home their concerns.

According to the letter, at the time of this writing signed by 212 shoppers, starting Sunday, Nov. 3, and running through Nov. 5, the shoppers — Instacart’s term for the independent contractors who fill and deliver grocery orders — will fill no orders. This will be the fourth such work stoppage in four years, and follows on Instacart’s much-derided (and later backtracked) changes to its tipping structure.   Read more…