Outlander: 5 Things That Changed From The Books (And 5 Fans Wish Hadn’t)

If you’re involved in show business, particularly in the beautiful and intricate art of producing, writing, directing, and overall bringing a TV show or movie to life, your work is already hard in itself. If you’re getting your source material from a series of beloved books with a die-hard fanbase, it can be even more scary.

At this point, it’s probably safe to assume that even if show creators kept everything exactly as it is in the books, some fans would still be disappointed in at least one way, shape, or form. But since keeping all aspects of the source material intact is virtually impossible, some changes will inevitably have to be made.

Some creative liberties may be necessary and actually make the show better, while others seem to only take place with the explicit purpose of annoying fans. Outlander is no exception, and as the show moves on from one season to another, it seems to stray further and further from the original book series.

Here are 5 things creators changed from the books, plus 5 fans really wish they hadn’t!

RELATED: 20 Things That Make No Sense About Outlander

10 Changed: More Than One POV

Fans of the book series that inspired the show know that the first book, Outlander, is told in its entirety by Claire. The show creators made the decision to open up the narrative and give Jamie a voice as well. The second part of season one opens with his narration, as opposed to Claire’s.

Related: Outlander: 25 Things About Jamie And Claire’s Relationship That Make No Sense

This was an important change because this way we got to walk alongside Jamie and experience the absolute brutality of his rape and torture from the character’s point of view, instead of a second-hand version. Such a visceral and crude moment was ought to be perceived from Jamie’s POV, out of respect for his character.

9 Shouldn’t Have Changed: They Softened Frank

Book readers tend to harness a big dislike for Frank. This comes as no surprise since, in the original series, his character differs quite a bit from what we see in the show. Show creators took out many of the original character’s most dislikable traits – in the books, he’s chauvinistic and insensitive, and has numerous affairs with several women while married to Claire.

In Outlander, creators decided to make Frank more likable – including him searching for Claire in the 20th century on a season one episode and giving him a single mistress he was in love with in season 3 – for a very particular reason. They felt this gave Claire’s decision to return to Jamie much more significant, a true testament to the strength of their love.

Still, fans aren’t very happy about how much they changed the character. Surely, Caire and Jamie’s love would still be powerful enough without having to depict Frank as a good guy.

The second book, Dragonfly In Amber, opens with Claire and her daughter, Brianna, in 1968. For book readers, this was slightly confusing – Claire had now returned to her time, reunited with Frank, and suddenly had a daughter. It’s only once we have flashback scenes to her time in Paris with Jaime do we understand how she went back to the ’60s.

Related: 10 Crazy Outlander Fan Theories That Could Actually Be True (And 10 That Make No Sense)

In Outlander, this changes, and the second season of the show opens differently, with Claire going back to 1948 through the stones. Creators of the show thought it would both be easier to follow and more interesting to see the character’s journey and decisions knowing she was going back.

7 Shouldn’t Have Changed: Jamie’s Knowledge Of What Laoghaire Did 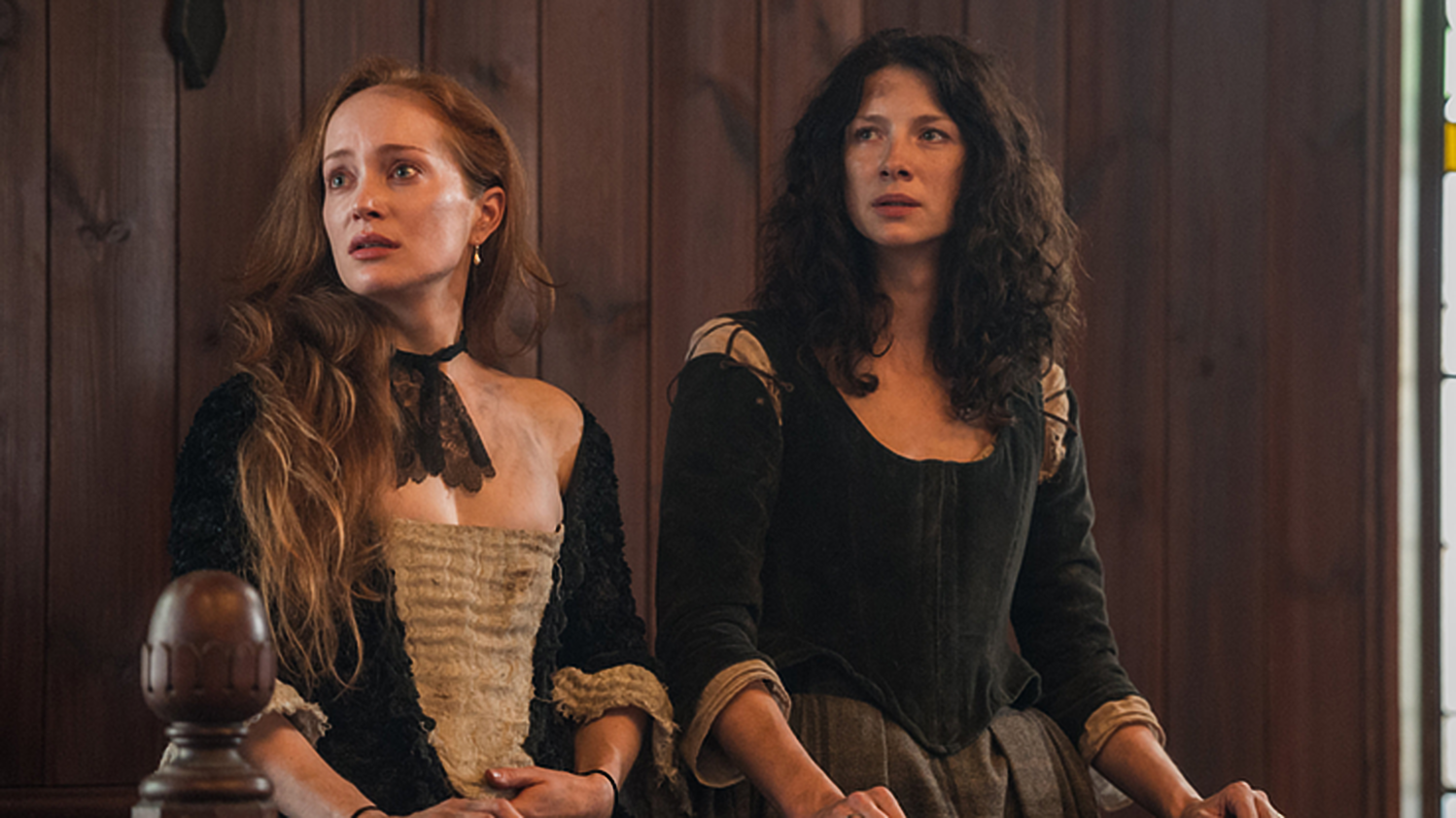 In season 1 of Outlander, Claire is put on trial, accused of witchcraft. She is saved by Jamie in a beautiful and heroic moment, with her husband showing up to the courtroom. Although he doesn’t use a crucifix, as described in the first book, it’s not a major change, and the momentum isn’t lost.

What did change significantly, though, was that in the first book Jamie had absolutely no idea Laoghaire was responsible for Claire’s witch trial. However, in the show, he finds out pretty early on, and he still chooses to marry her once Claire returns to the 20th century. Why Jamie would decide to marry Laoghaire in spite of what she did is something that simply doesn’t make sense.

6 They Changed: Laoghaire Appears In Season 2

Still on the topic of Claire’s nemesis, Laoghaire, showrunners made a slight deviation from the books. While Laoghaire’s character is completely absent from the second book, Dragonfly in Amber, she does make an appearance in the second season of the show.

In the eighth episode of the season, The Fox’s Lair, we see Laoghaire return for a showdown with Claire while visiting the Old Fox. This an interesting move on the showrunners’ part, since it sets the stage for Laoghaire’s role on the following season, and we get to witness another exciting moment of tension and animosity between the two characters.

5 Shouldn’t Have Changed: Claire and Jaime Carving Their Initials

There’s a beautiful scene in the second book of the series before Claire goes back to the 20th century through the stones. Although it may be a little grim, it’s also perceived by fans as a wonderful testament of the pair’s love for one another.

Related: 25 Wild Details About The Making Of Outlander

Before Claire returns to her time, she and Jaime carve each other’s initials on their hands. This moment, although pure, significant, and with a lot of tearjerking potential, wasn’t portrayed in the series. While it doesn’t take away from the couple’s beautiful connection and love story, many fans were disappointed they didn’t get to witness the scene.

4 They Changed: Claire Makes Her Own Clothes

On the third book of the series, Voyager, we see Claire buy a dress in the appropriate style (almost) before she goes back to 1766. However, things go slightly differently in the show’s third season, with the heroine making her own clothes out of raincoats, resulting in a much much practical outfit.

Apparently, this was the show’s costume designer’s idea. This change is actually a testament to the character’s intelligence, who would know a priori what she would need returning. Plus, it’s beautiful witnessing Claire’s journey throughout the season, beginning with a very somber and tight look, and slowly evolving to a lighter and freer version of herself once she reunites with Jamie.

Jamie doesn’t get to see his beautiful daughter, Brianna, until the third book of the series, Voyager. As it would be expected from a parent seeing their child for the first time, especially considering the odd circumstances that characterize the Outlander world, this is an extremely touching and emotional moment.

In the books, when Claire shows Jaime pictures of Brianna for the first time, he breaks down in tears in her arms. It’s a very emotionally charged, special moment. However, in the third season of the show, the actor decided to portray Jaime’s feelings as an internal struggle. This decision does take much away from the overall scene.

2 They Changed: Murtagh Sticks Around 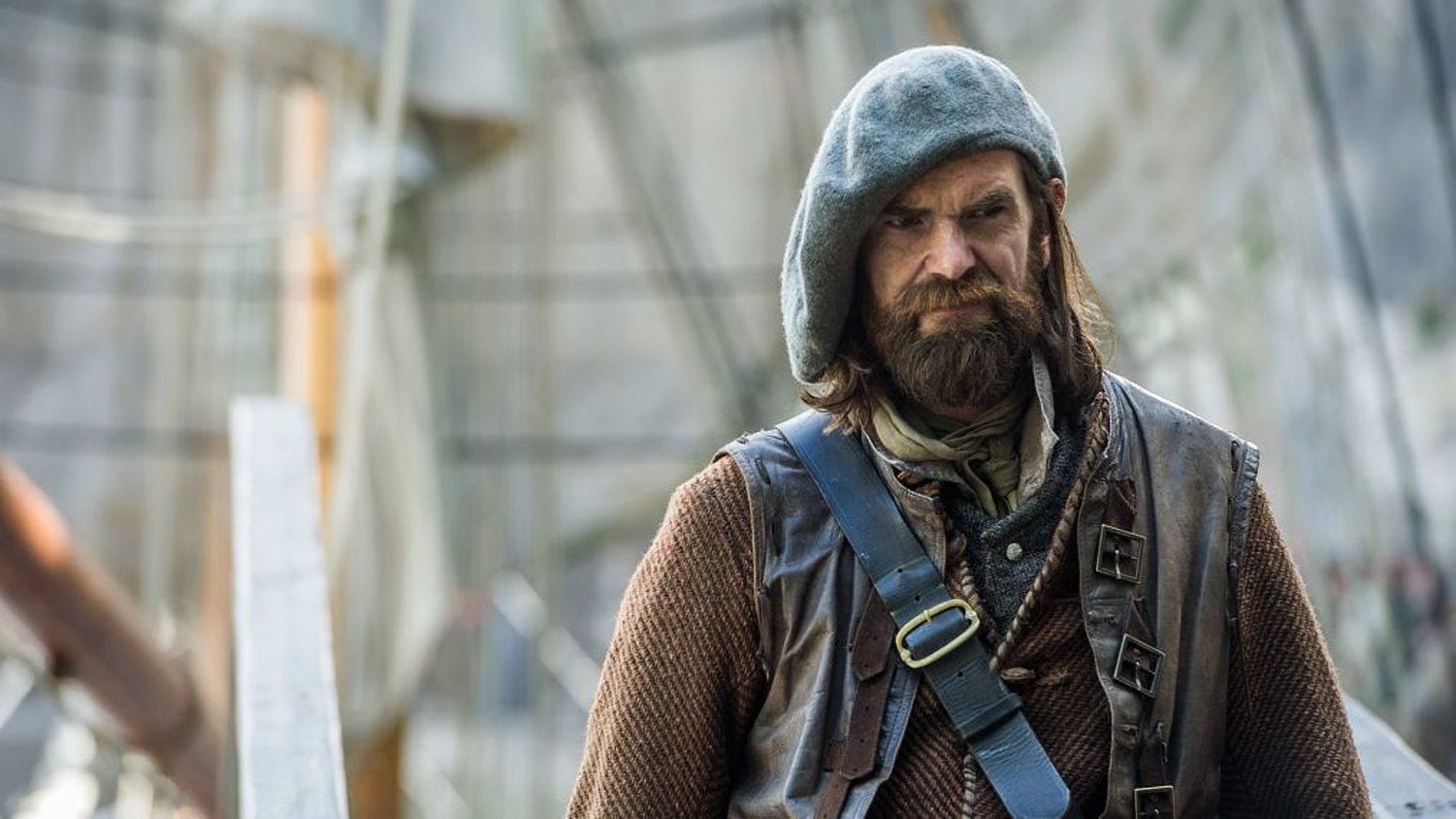 Frank wasn’t the only character that suffered some significant changes when taking the leap from books to TV show. While physical changes do make the list – for instance, in the book series his height was much shorter than the one we get to see on screen – the most prominent point of difference is his overall role.

In the original source material, Murtagh didn’t play such a significant part, being more of a secondary character than anything else. He was actually killed off in the Battle of Culloden, which wasn’t cause for much grief. However, in Outlander, his role is amplified, and the showrunners decided to keep in around. This decision couldn’t have made fans of the show happier! 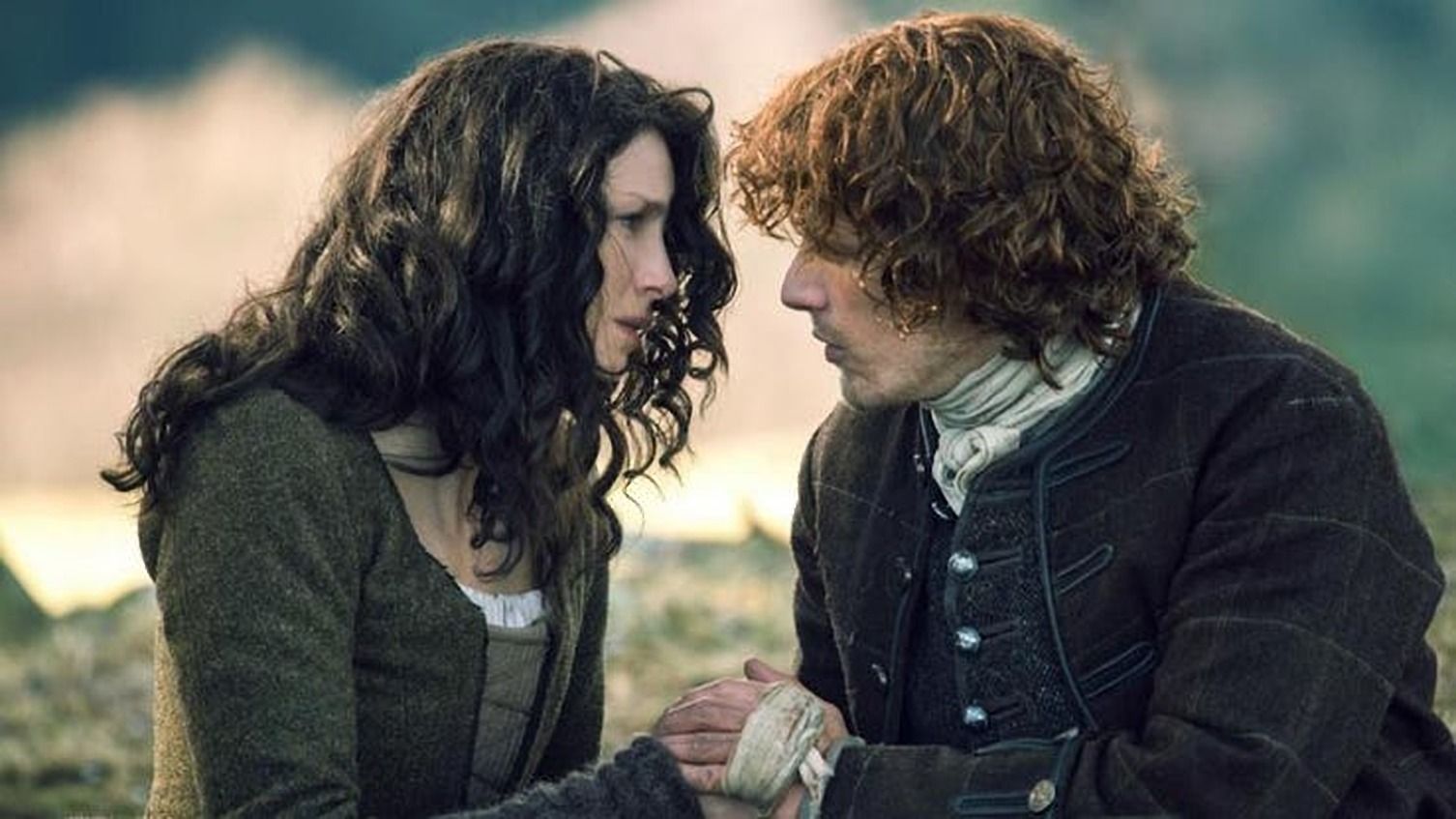 Here’s the breakdown of what happens in the books: when Jaime and Claire’s daughter, Brianna, travels back in time, she notices a very particular detail about Stephen Bonnet’s choice of accessories. More particularly, she notices he is wearing none other than her mother’s wedding ring – the one representing her union to Frank, mind you. This ends up being the catalyst for a major plot point in Drums of Autumn.

In the show, there’s still a stolen ring, and it still belongs to Claire. However, this time around it is the ring representing her marriage to Jaime, a decision that once again digs deep into the hearts of Jaime and Claire lovers. The reason for this? Showrunners thought this ring would be easier to spot by Brianna than the one given to her by Frank. Good enough? Probably not.

NEXT: 10 Fantasy Shows To Watch If You Like Outlander