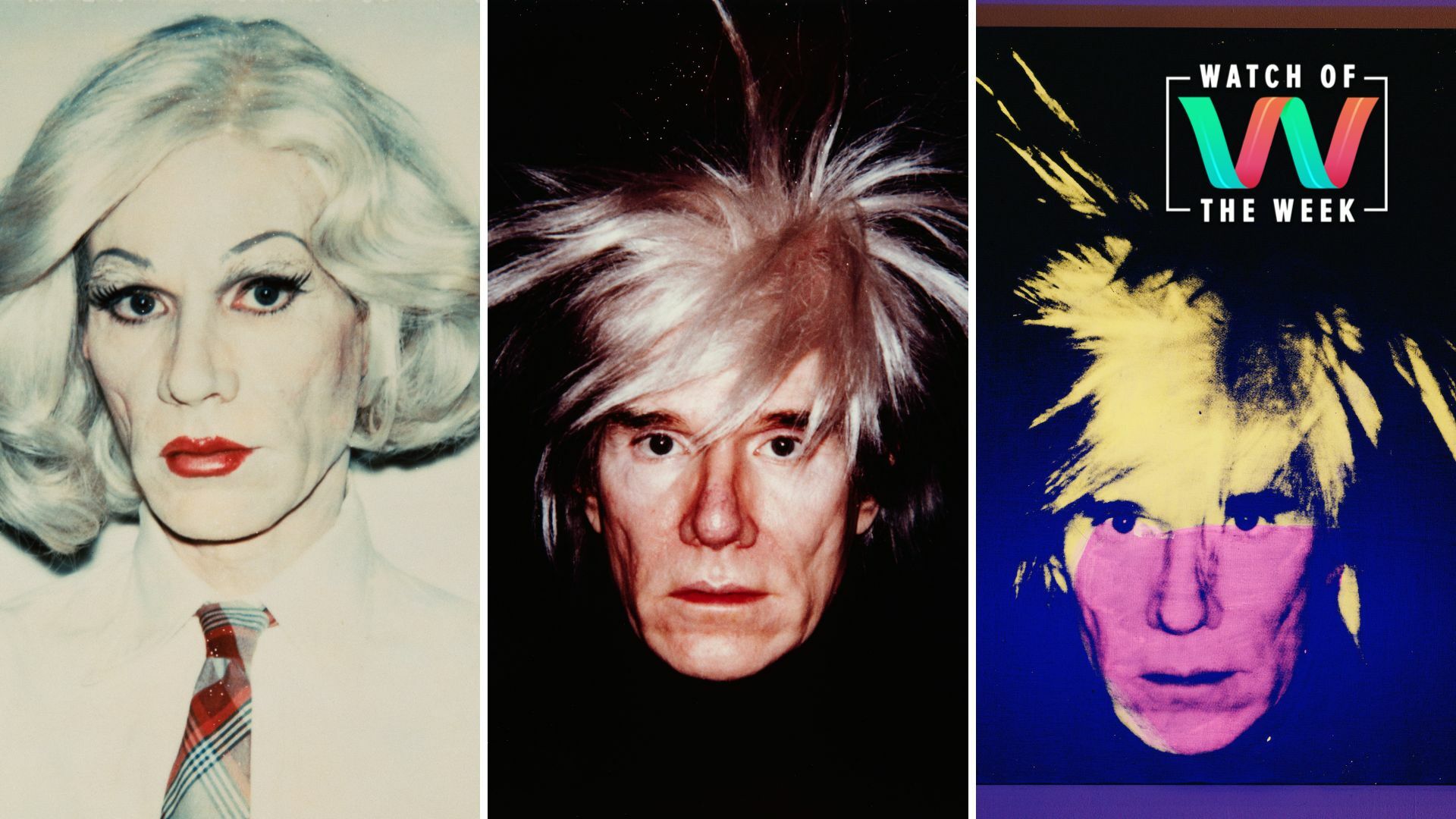 You don’t need to know about pop art to know the work of Andy Warhol. The Pittsburgh-born artist, who rose to fame with his silkscreen paintings Campbell’s Soup Cans, was so influential that his unique and multifaceted brand has gone on to influence countless painters, filmmakers, musicians, and social media stars. 35 years after his death, his fingerprints can be found smudged across our contemporary landscape. Yet the person behind his larger-than-life persona is a slippery mystery — one that Netflix’s new documentary mini-series The Andy Warhol Diaries might set out to solve.

The title is literal, named after the posthumously published journals The Andy Warhol Diaries, which were edited by Warhol’s longtime friend and collaborator, Pat Hackett. Across six episodes, director Andrew Rossi deep-dives into the diaries’ stories with interviews from Hackett and a parade of colleagues, art experts, historians, and celebrity friends, including Debbie Harry, Rob Lowe, and John Waters. As Warhol was also a filmmaker and photographer, Rossi is spoiled for choice in terms of archival footage. His selections range from interviews with the artist to his films, news footage, and a flood of photographs, public and personal. 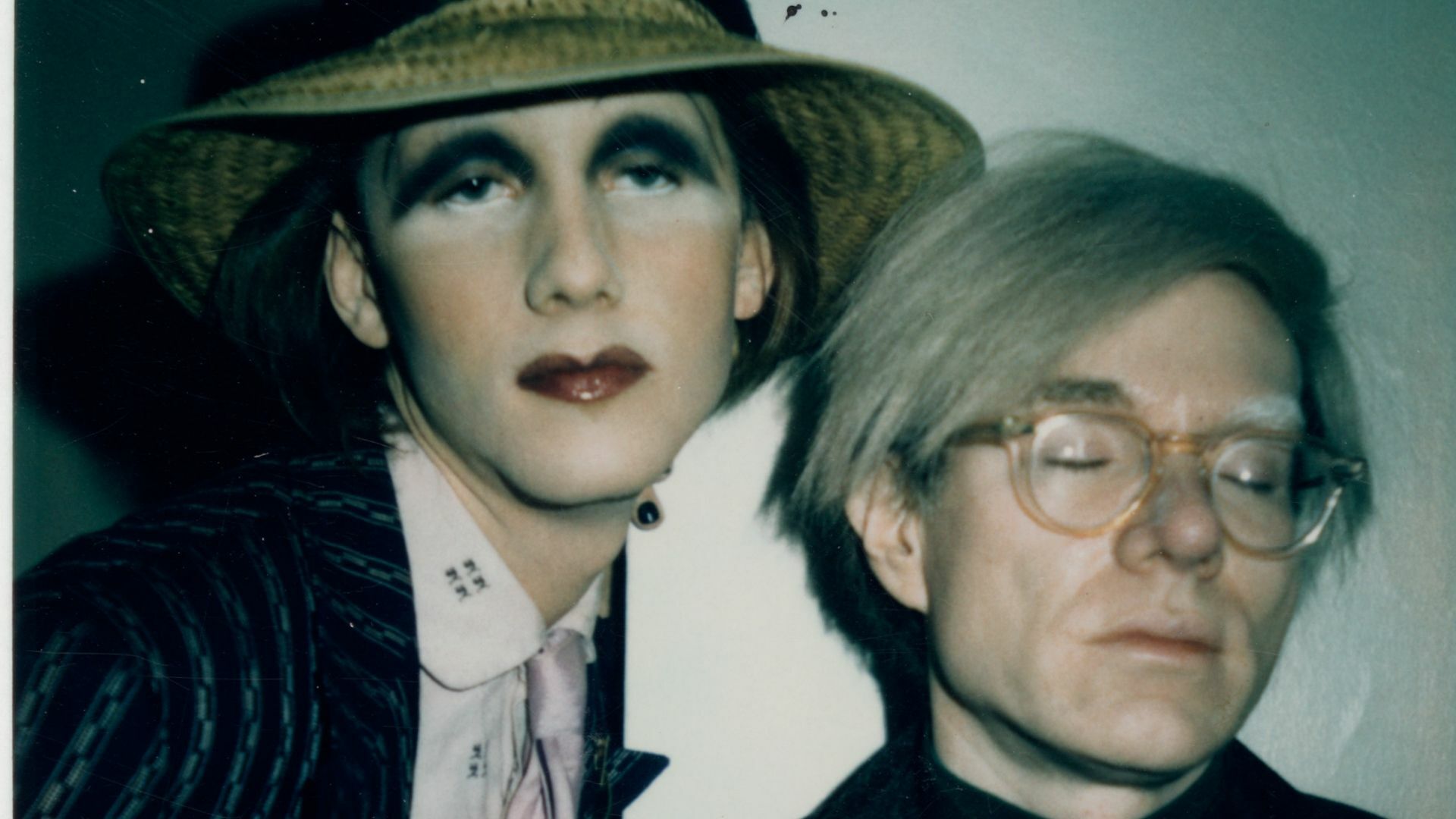 The controversial use of artificial intelligence in documentary narration

Last summer, outrage arose over Anthony Bourdain-centered documentary Roadrunner because that documentarian employed AI to create narration in the late Bourdain’s voice. Critics, fans, and Bourdain’s family were shocked when this device was revealed after the film’s release. A similar tool is used in The Warhol Diaries. However, it’s never hidden. It was announced in the trailer, it’s made clear in the documentary, and its use has been approved by The Andy Warhol Foundation. So, Rossi has thoughtfully addressed all the issues raised by Roadrunner. But how does it play?

When the AI is announced via a title card, a quote by Warhol follows: “Machines have less problems. I’d like to be a machine, wouldn’t you?”

Throughout the film, this concept — this wish to be a machine —  is echoed, as the man struggles with his body’s weaknesses, desires, and crippling insecurity around his work and his looks. Warhol’s actual voice has a signature flatness and aloofness. So the AI translation seems all the more fitting. However, there are times when a word comes out jarringly robot-y, reminding the viewer that the diary entries are being read by a machine. But since Warhol once participated in having a robot version of himself built, this feels fitting too. 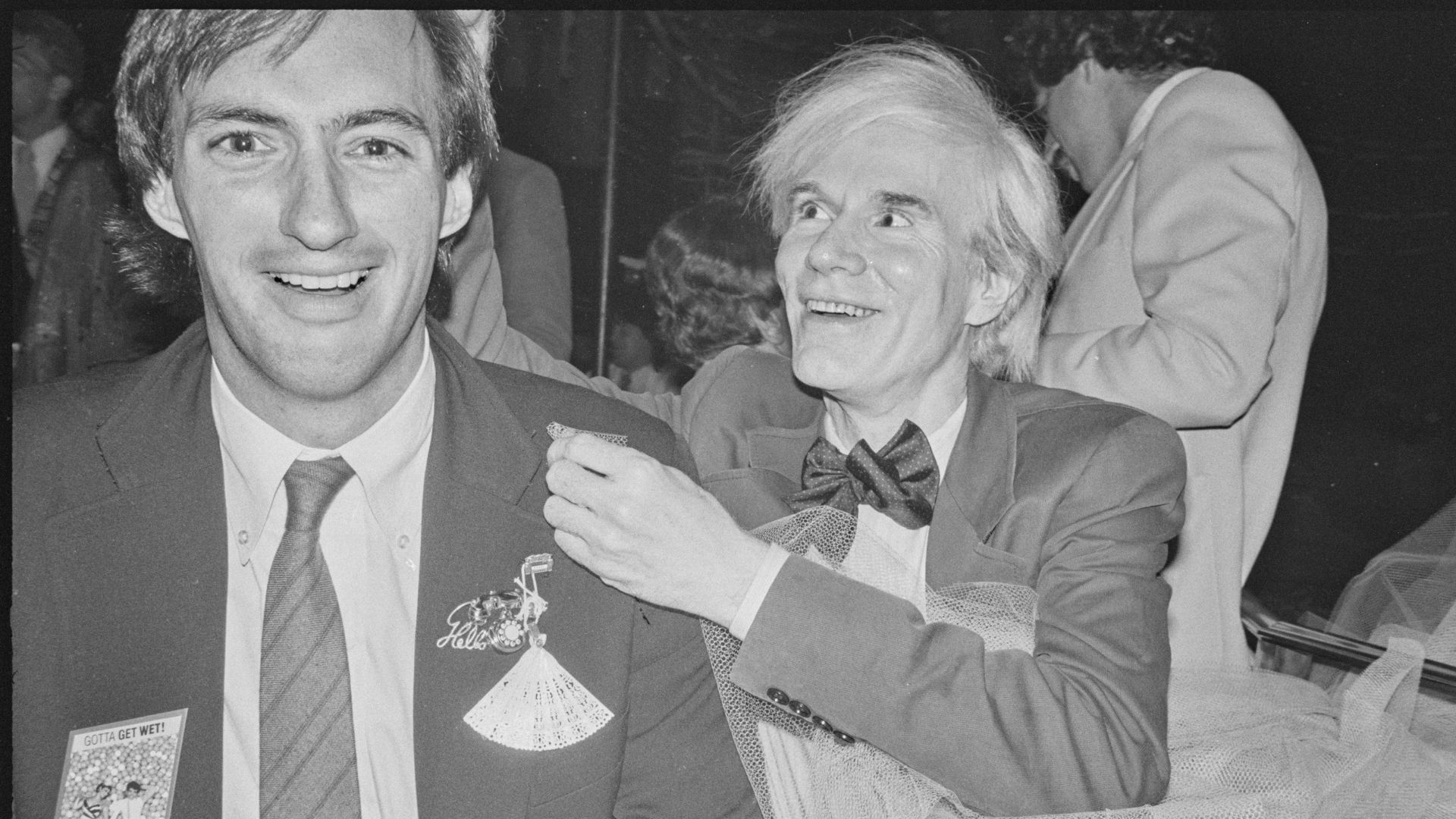 Not for Warhol newbies

If you’re planning to sit down for a six-hour documentary on an artist, Rossi assumes you know the basics. The first episode will offer a manic montage that swiftly spells out the impact Warhol has had on modern pop culture. But the iconic soup cans, The Factory and its stars, and the assassination attempt are regarded more as timeline markers than chapters unto themselves. Rather than focusing on these elements that have been much discussed already, The Warhol Diaries looks to understand who he was beyond the headlines and the screenprint coolness. So, Rossi takes us back to the Byzantine Catholic church and the rough blue-collar neighborhood where a young and undeniably “swish” Warhol faced inspiration and persecution.

From there, Rossi charts his journey to New York City. Then the episodes become focused on pivotal personal relationships — some romantic, some platonic, some much harder to pin down. The second episode, “Shadows: Andy & Jed”, focuses on Warhol and his long-term boyfriend, Jed Johnson, who became an illustrious interior designer to the stars. “A Double Life: Andy & Jon” dives into the relationship between the artist and his closeted paramour, Paramount Pictures executive Jon Gould. “Collab: Andy & Basquiat” explores the friendship between Warhol and Jean-Michel Basquiat, which was devoted but plagued by the pressures of the art world and personal blind spots. 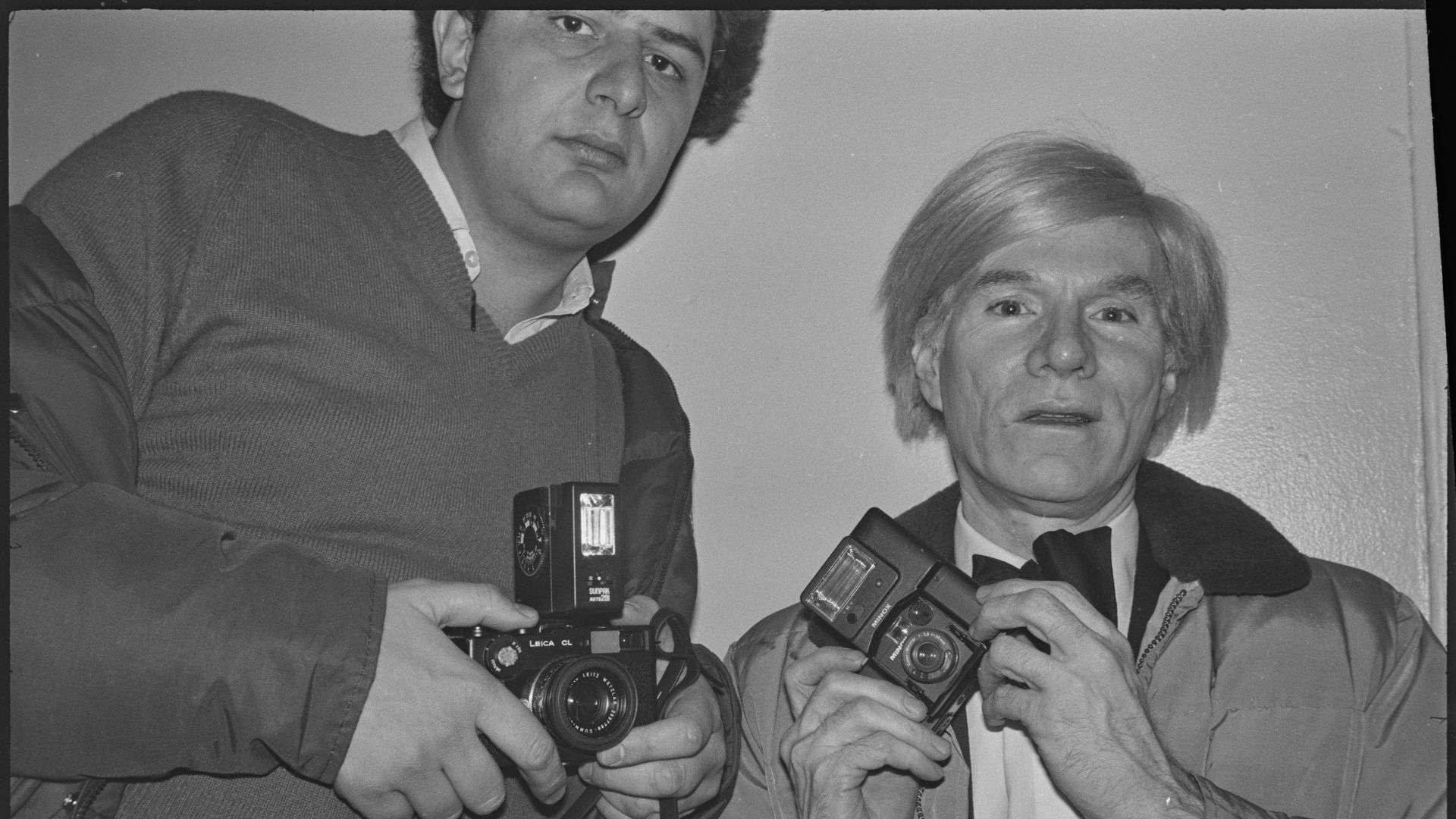 What it means to make a diary a documentary

Diaries are not reliable narrators. Often, they are written in a fit of feeling for an audience of one. Still, Warhol was aware that his fame meant his decade-long diary-keeping could be preserved. So, on top of omissions, there are codes in the diaries, allusions to people and events he cannot bring himself to name. Other times, Warhol shares a thought that’s insensitive or even outright bigoted. Rossi and his interview subjects bring to light these shadowy parts and do so with understanding but not excuses.

Those closest to Warhol flesh out the highs and lows of his life and loves, giving context to terse anecdotes and urgent scrawls. Old friends challenge some events as Warhol recounts them, noting he had a flair for the romantic when writing about a particular beau. However, other debates over the contents of the diaries are more problematic, spoiling an ideal image of Warhol. More on that in a bit. 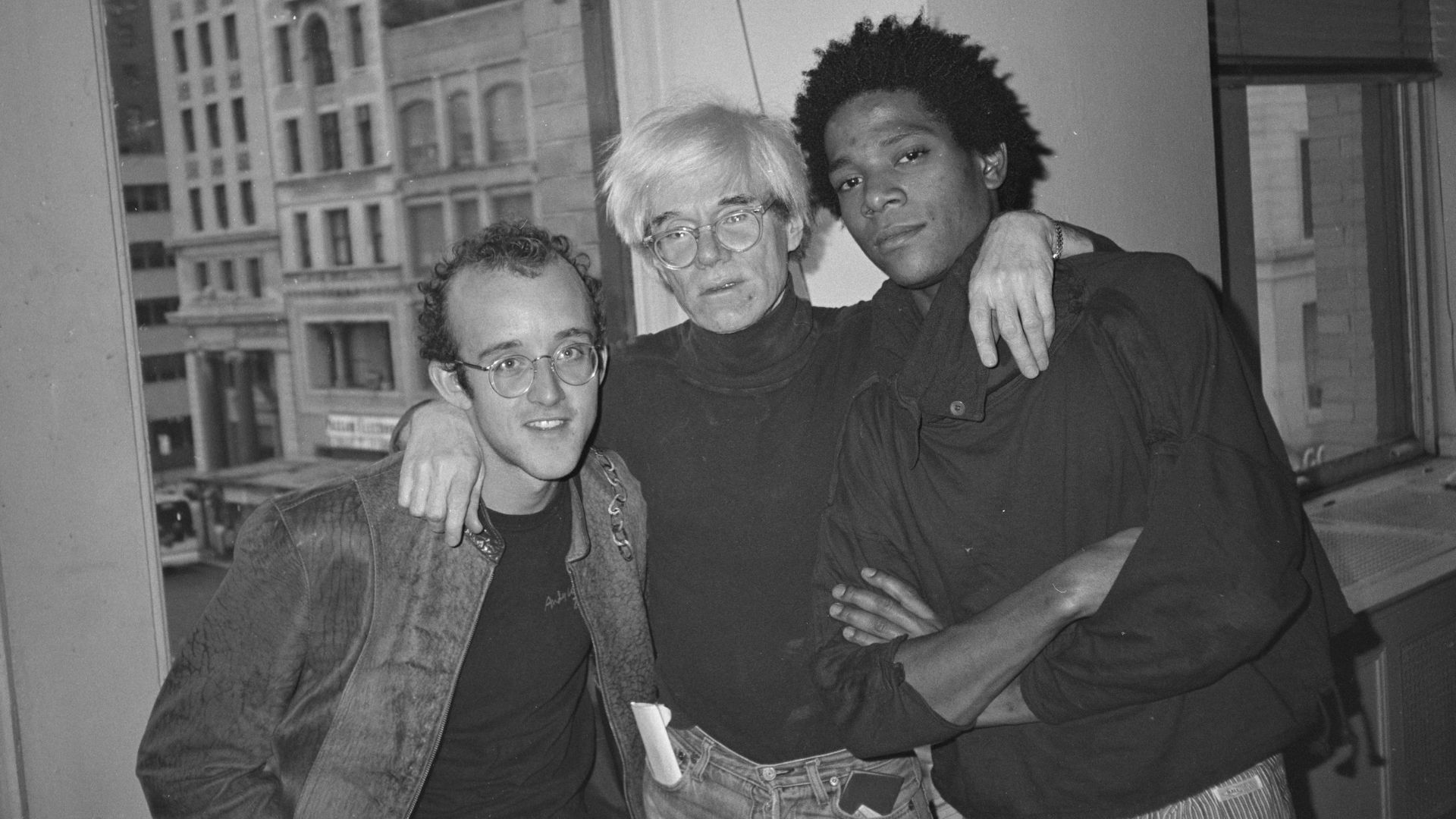 Today, Warhol is embraced a legend of queer America, who captured queer desire and made queer art nationally recognized. However, Warhol struggled with his queer identity throughout his life, in part because of a Catholic upbringing that urged shame on homosexuals. His art, journals, and friends delve into this inner turmoil, which expressed itself in a desire to hide “the real me.” The Warhol persona wasn’t just a living art installation, but also a shield that protected Warhol from some of the most vicious homophobia raging in America through the ’60s, ’70s, and ’80s. This film, and its talking heads, dig unflinchingly into what that meant and how it looked. It’s not all pretty.

The Warhol Diaries also explores the ways in which Warhol fell short as a queer leader. His Ladies and Gentlemen portrait series could be viewed as a celebration of transgender people or exploitation of them. His relationship with Basquiat was one of admiration but also charged with racial tension, as Warhol was an older white man who didn’t comprehend the challenges a young Black man faced in the New York art scene. Finally, as the AIDS crisis raged on, their friend Keith Haring became an outspoken advocate for gay men, while Warhol privately panicked about the ways in which he might be at risk. 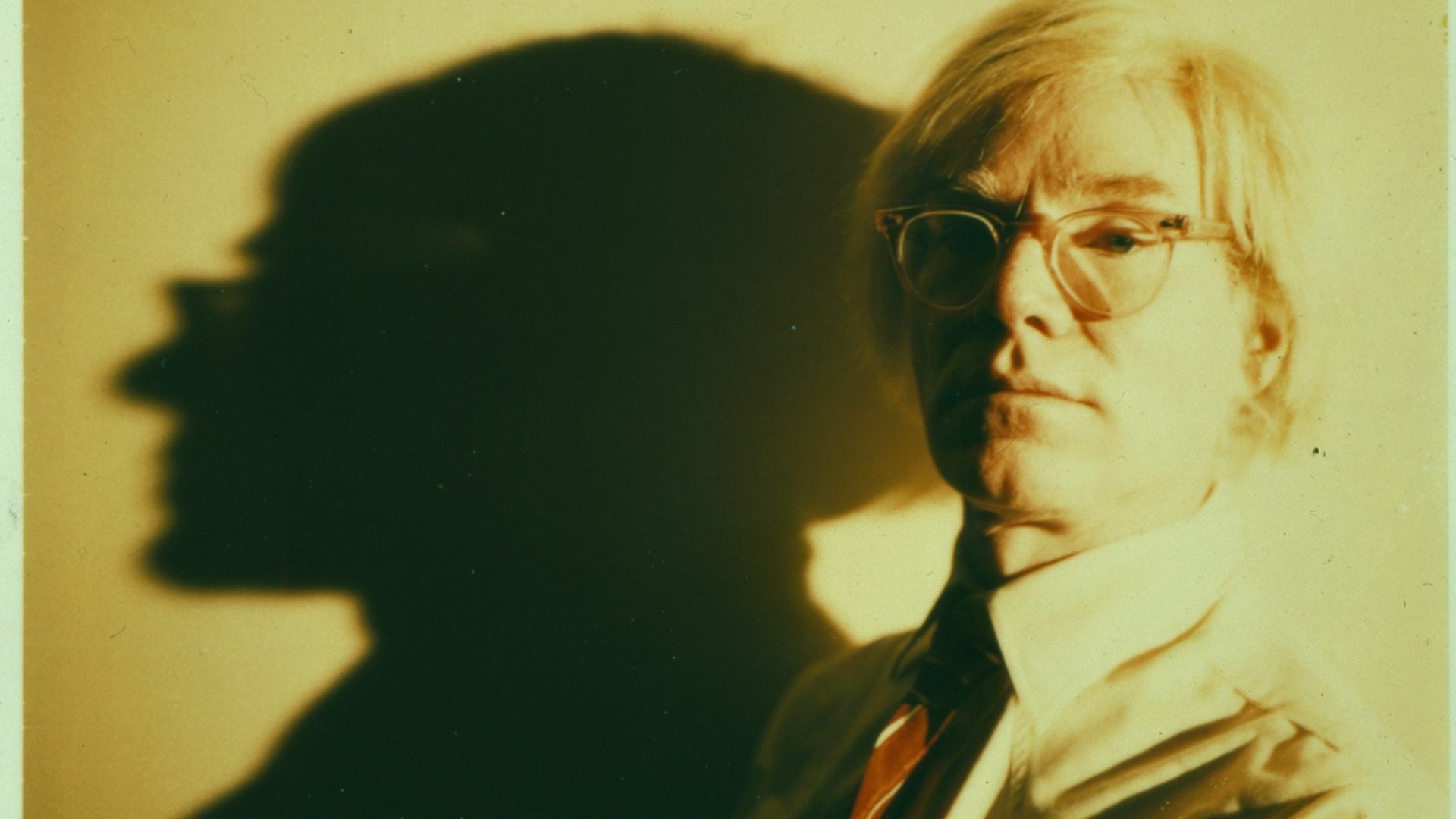 Who is Andy Warhol?

There is no simple answer to this deceptively simple question. The Andy Warhol Diaries probe the man behind the myth, but also recognize a diary is not the entirety of a person. Warhol gave so much of himself to the world in his prolific art, his public performance of an artist, in his diaries, and in the colleagues that he boosted and collaborated with. Experts and friends can point to pictures and passages and make pronouncements about who Warhol was, but these pieces do not complete the puzzle. That’s by design.

In the end, Rossi has not spent six episodes dissecting, deifying, or demonizing Warhol. Instead, he explores how one of the most famous man of modern times is still a marvelous mystery, no matter how long we look. In that, there is a lot of beauty and humanity to be treasured for decades to come.

The Andy Warhol Diaries is now streaming on Netflix.